In a pre-Budget meeting with the Chamber of Small and Medium Businesses (Chamber of SMEs) at the Auberge de Castille, Prime Minister Robert Abela stressed that The government must continue to promote investment and believe in the productive capacity of our nation.

Dr Abela stated that Malta had obtained derogations so that businesses can continue to operate without hindrance and that our nation is giving out the largest subsidies in Europe in the energy field, while in other European countries, businesses are being prevented from continuing to operate by cutting off their electricity supplies as a result of an energy crisis.
According to Prime Minister Abela, this is being done responsibly because the government thinks that once the energy crisis is over, our nation’s enterprises will be in a position to seize the chances for recovery. 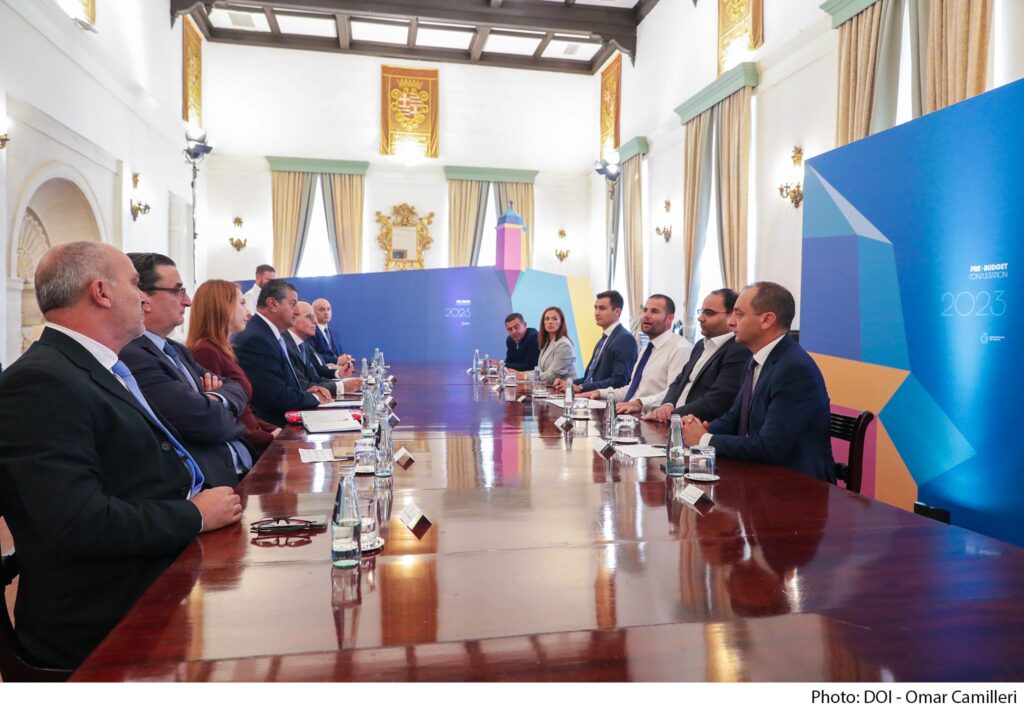 Prime Minister Robert Abela noted the Maltese economy’s resiliency and how, when companies received government assistance, they were able to handle the country’s challenging circumstances.

“In the face of an international crisis, small and medium-sized businesses have found support and have shown that they can be very dynamic and turn challenges into opportunities”, said Prime Minister Abela, stressing the need to continue diversifying an economy where small and medium enterprises remain the engine of economic growth.
Mr Noel Gauci, Vice President – International Relations of the Malta Chamber of SMEs, talked about ways to promote trade between Malta and China in the post-Covid context, with a focus on exports to China, which have an exceptionally high potential in light of Base Malta’s operations at the China International Import Expo in Shanghai.

The topic of renewable energy as well as the steps that need to be taken to fully utilize Malta’s tremendous solar energy potential and proposals to support new projects were discussed.
The President of the Chamber of SMEs Paul Abela acknowledged the government’s help in electricity, fuel and gas and noted the achievement of derogations so that Malta does not experience a reduction in productivity.
While a number of proposals were presented, the Chamber of SMEs delivered a message in favour of sustainability in the work sector.
Ministers Clyde Caruana, Silvio Schembri, Miriam Dalli, Parliamentary Secretary Andy Ellul and Government Deputy Chris Agius were also present at this meeting